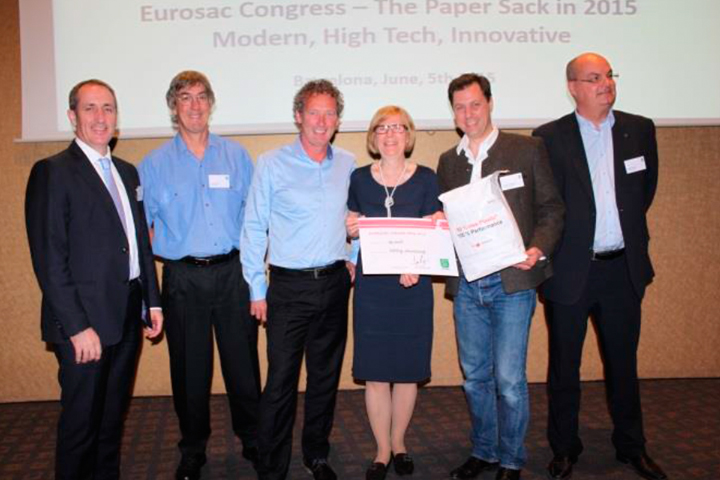 This year’s EUROSAC Congress, “The Paper Sack in 2015 – Modern, High Tech, Innovative”, was held in Barcelona, Spain, from 4 to 6 June.

The congress was the perfect platform to showcase the latest innovations launched by the paper sack industry and also to review the huge technological developments which have been made by paper sack manufacturers and their suppliers over the past 20 years. The technology inside the paper sack has evolved tremendously as regards factors such as moisture protection, cleanliness and weight reduction, driven by a parallel evolution in its main raw material, sack kraft paper, which today shows improvements of 45% in strength and nearly 30% in porosity.

The industry also launched its 10-year road map at the congress in Barcelona. This contains ambitious targets which the federation’s members have to reach by 2025. These targets include innovations to meet user needs and communicating the sustainability benefits of kraft paper and paper sacks, which are sourced from carefully managed forests. The aim is to ensure that these advantages are understood and valued by potential users of paper sacks.

EUROSAC’s Annual Congress is also the time when the federation recognises its members’ efforts in innovation by granting the EUROSAC Grand Prix Award.

Four entries were presented this year, all of them showing the dynamism of the paper sack industry in developing sustainable paper packaging solutions to meet specific customers’ demands. The four entries came from:

The winner was the SAFEdy showerproof, developed by the German paper sack manufacturer dy-pack. The jury praised the technical solution developed to facilitate the de-aeration of the sack while still protecting the contents. 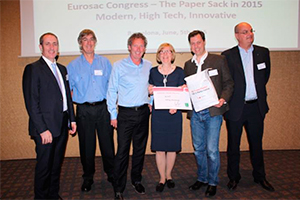 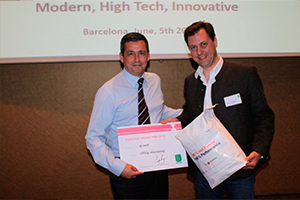 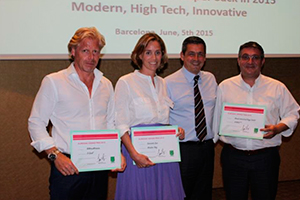